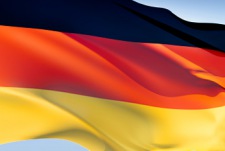 Significance: The Day of German Unity commemorates the anniversary of the German reunification and therefore the unity of Germany. It is a legal holiday. An alternative date could have been the day the Berlin Wall came down — 9 November 1989.

Type:
Holidays in Germany
Celebrations:
Going to parties; celebrating; dancing; joining huge celebrations in Berlin, especially on the Straße des 17. Juni and around the Brandenburg Gate; going to the Oktoberfest beer festival in Munich (it traditionally runs until the first Sunday in October, but now runs until 3 October if the Sunday in question falls on the first or second day of October)
Observed by:
Germany
Legal holiday in:
Germany
Location:
Germany
Synonyms:
The Day of German Unity, National day of Germany, Tag der Deutschen Einheit
Initiator:
German Government
Start year:
1990
Date origin:
October 3rd is the anniversary of German reunification in 1990.

German Unity Day in other languages