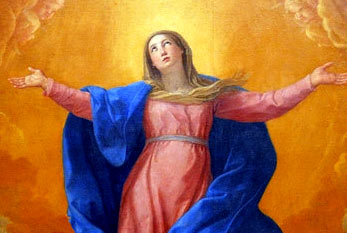 In 2023 Assumption of Mary takes place on August 15. That is a solemnity of the Roman Catholic Church, made a dogma in 1950 by Pope Pius XII. Assumption of Mary is an official holiday in Catholic shaped European countries like France, Spain, Italy, Austria, and some parts of Switzerland, Germany and Greece and others. This day commemorates the assumption of Mother Mary’s body and soul in heaven. It is also called the Falling Asleep of the Blessed Virgin Mary or the Feast of St. Mary the Virgin, Mother of our Lord Jesus Christ.