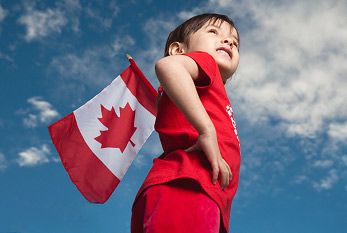 Canada Day is celebrated on July 01, 2023. Canada Day is the national day of Canada, a federal statutory holiday celebrating the anniversary of the July 1, 1867, enactment of the British North America Act, 1867 (today called the Constitution Act, 1867), which united three colonies into a single country called Canada within the British Empire.