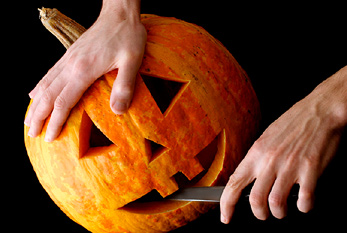 Carve a Pumpkin Day is observed on October 31, 2023. Pumpkins are commonly carved into decorative lanterns called jack-o'-lanterns for the Halloween season in North America. The practice of craving pumpkins for Halloween orginated from an Irish myth about a man name "Stingy Jack". In the United States, the carved pumpkin was first associated with the harvest season in general, long before it became an emblem of Halloween.