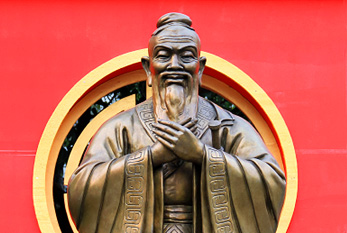 Confucius Day is celebrated on September 29, 2022. It honors one of the world's greatest philosophers. Confucius was a Chinese teacher, editor, politician, and philosopher of the Spring and Autumn period of Chinese history. The philosophy of Confucius emphasized personal and governmental morality, correctness of social relationships, justice and sincerity.