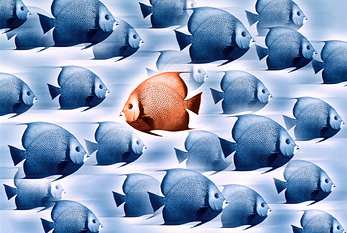 A fish, swimming against the tide.
Copyright: claudiobaba, license: istockphoto.com

Disobedience Day is celebrated on July 03. 2023. It is a day to recollect a non-violent way to protest an issue, law, or cause. It is also a time to appreciate those who have used civil disobedience to fight injustice in the world.

Civil disobedience is understood as the active, professed refusal to obey certain laws, demands, or commands of a government. A famous proponent of civil disobedience was Mahatma Gandhi, who can also be commemorated on Disobedience Day. He led India to independence and inspired movements for civil rights and freedom across the world.