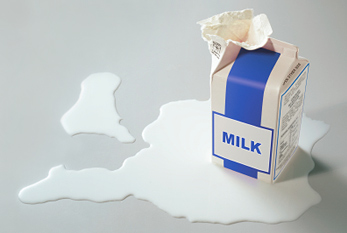 Don't Cry Over Spilled Milk Day is observed on February 11, 2023. Everyone spills a little milk now and then. The day remembers that fact and is to encourage you to look beyond such annoyances. As an agricultural product, milk is extracted from mammals and used as food for humans. Worldwide, dairy farms produced about 730 million tonnes of milk in 2011.