You are here:
Home > Calendar > Recurring events > Religious feasts and customs > Christianity > Feast of the Cross 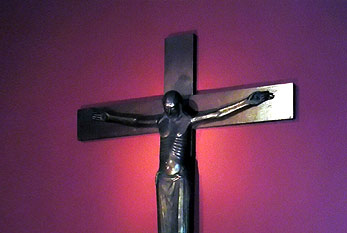 Feast of the Cross is celebrated on September 14, 2022. In the Christian liturgical calendar, there are several different Feasts of the Cross, all of which commemorate the cross used in the crucifixion of Jesus. While Good Friday is dedicated to the Passion of Christ and the Crucifixion, these days celebrate the cross itself, as the instrument of salvation. According to legends, the True Cross was discovered in 326 by Saint Helena during a pilgrimage she made to Jerusalem.

The Church of the Holy Sepulchre was then built at the site of the discovery. The church was dedicated nine years later, with a portion of the cross placed inside it. The date of the feast on September 14 marks the dedication of the Church of the Holy Sepulchre in 335. This was a two-day festival: although the actual consecration of the church was on September 13, the cross itself was brought outside the church on September 14 so that the clergy and faithful could pray before the True Cross, and all could come forward to venerate it.

This feast is also called "The Exaltation of the Holy Cross" in the official translation of the Roman Missal, while the 1973 translation called it "The Triumph of the Cross". In some parts of the Anglican Communion the feast is called "Holy Cross Day", a name also used by Lutherans. (With material from: Wikipedia)