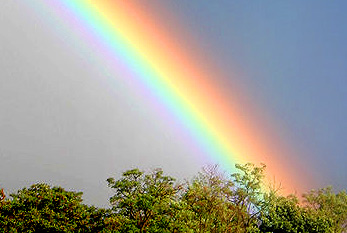 Find a Rainbow Day is celebrated on April 03, 2023. If it rains on that day, look at the sky - maybe you can find and see a rainbow! A rainbow is an optical and meteorological phenomenon that is caused by reflection of light in water droplets in the Earth's atmosphere, resulting in a spectrum of light appearing in the sky. It takes the form of a multicoloured arc. Rainbows caused by sunlight always appear in the section of sky directly opposite the sun.