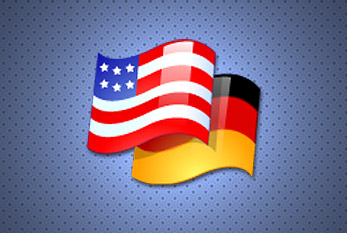 The German and the American Flag
Composition:cute-calendar.com

These families subsequently founded Germantown, Pennsylvania, the first German settlement in the original thirteen American colonies. Originally celebrated in the nineteenth century, German-American Day died out in World War I as a result of the anti-German sentiment that prevailed at the time. The holiday was revived in 1983.

In 1983, President Ronald Reagan proclaimed October 6th as German-American Day to celebrate and honor the 300th anniversary of German American immigration and culture to the United States. (With material from: Wikipedia).

Where is the event?
Nationwide
USA
When is the event?
Thursday, the 6th of October 2022
Only 356 days left!
The next feasts and holidays