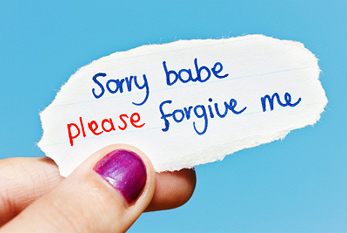 Global Forgiveness Day is observed on July 07, 2021. It is a day to forgive, and a day to be forgiven! It was created in 1994 by the Christian Embassy of Christ's Ambassadors. The date has been moved from August 27th to August 7th. Studies show that people who forgive are happier and healthier than those who hold resentments. Forgiveness is the renunciation or cessation of resentment, indignation or anger as a result of a perceived offence, disagreement, or mistake, or ceasing to demand punishment or restitution.

In three separate studies, including one with Catholics and Protestants from Northern Ireland whose family members were murdered in the political violence, he found that people who are taught how to forgive become less angry, feel less hurt, are more optimistic, become more forgiving in a variety of situations, and become more compassionate and self-confident. His studies show a reduction in experience of stress, physical manifestations of stress, and an increase in vitality. (With material from: Wikipedia)