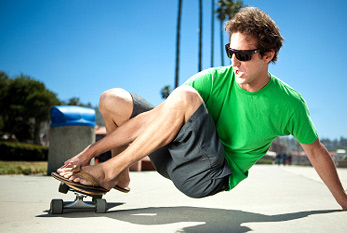 Go Skateboarding Day (GSD) is observed on June 21, 2022. The day is an official annual holiday conceived by the International Association of Skateboard Companies (IASC) to promote skateboarding. It is usually marked on June 21.

The name for the holiday possibly originated from the "No Skateboarding" signs which often has been changed to "Go Skateboarding." by local skaters. The holiday was conceived by the International Association of Skateboard Companies to help make skateboarding more accessible to the world through various events held in major cities around the world.

Skateboarding is an action sport which involves riding and performing tricks using a skateboard. Skateboarding can also be considered a recreational activity, an art form, a job, or a method of transportation. Skateboarding has been shaped and influenced by many skateboarders throughout the years. (With material from: Wikipedia)