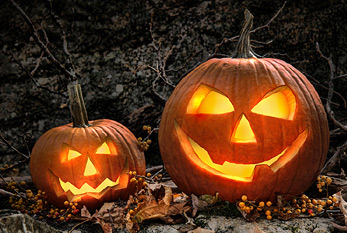 October ends with Halloween or All Hallows’ Eve on October 31 in 2022. Halloween is the feast on the night before All Hallow on November 1, which is where it got its name from. Halloween is mostly celebrated in Ireland and the USA, where many of the customs about the night of witches, vampires and ghosts come from. Modern celebrations include spooky decorations with graven Halloween pumpkins and dressing up in creepy costumes. The pumpkins are lit by a candle and often called jack-o’-lantern, according to an English legend about a strange flickering light.