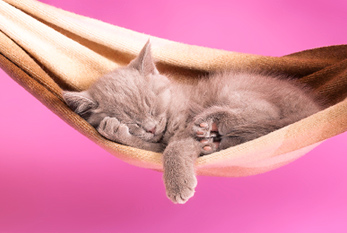 Hammock Day takes place on July 22, 2023. A hammock is a sling made of fabric, rope, or netting, suspended between two points, used for swinging, sleeping, or resting. It normally consists of one or more cloth panels, or a woven network of twine or thin rope stretched with ropes between two firm anchor points such as trees or posts. The hammock is often seen as symbol of summer, leisure, relaxation and simple, easy living.