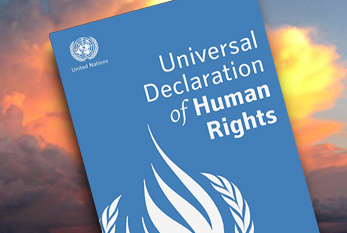 Human Rights Day is celebrated on December 10, 2023. The date was chosen to honor the United Nations General Assembly's adoption and proclamation on 10 December 1948, of the Universal Declaration of Human Rights (UDHR), the first global enunciation of human rights and one of the first major achievements of the new United Nations.