International Day Against Homophobia and Transphobia 2021 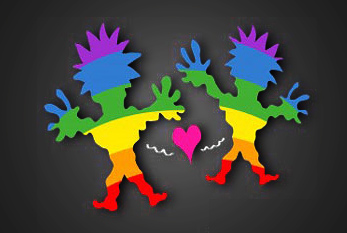 The International Day Against Homophobia and Transphobia (IDAHO) is a Civil awareness day that is celebrated on May 17, 2021. It is coordinated by the Paris-based "IDAHO Committee," founded by French academic Louis-Georges Tin. The day aims to coordinate international events to garner support for the respect of lesbians and gay rights worldwide. May 17 was chosen as the day of the event because homosexuality was removed from the International Classification of Diseases of the World Health Organization (WHO) on this date in 1990.

In 2009 a new petition was launched, in conjunction with other LGBT organisations, and it was supported by more than 300 NGOs from 75 countries and three Nobel Prize winners. And on the eve of the 2009 IDAHO day, France became the first country in the world to officially remove transgender issues from its list of mental illnesses. The report that the International Lesbian, Gay, Bisexual, Transgender and Intersex Association, ILGA, released on the International Day against Homophobia and Transphobia 2009, confirms that no less than 80 countries around the world still consider homosexuality illegal, and that in 7 of them, homosexual acts are punishable by death. In almost all countries, transphobic laws limit the freedom not to act as socially determined by one person’s sex at birth.

Homosexuality is romantic or sexual attraction or behavior between members of the same sex or gender and one of the three main categories of sexual orientation. As a sexual orientation, homosexuality refers to "an enduring pattern of or disposition to experience sexual, affectionate, or romantic attractions" primarily or exclusively to people of the same sex. The most common terms for homosexual people are lesbian for women and gay for men, though gay is also used to refer generally to homosexual men and women. (With material from: Wikipedia)