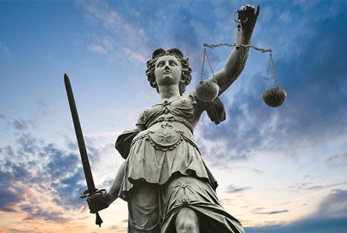 On 17 July 1998, the Rome Statute was adopted by a vote of 120 to 7. The seven countries that voted against the treaty were Iraq, Israel, Libya, the People's Republic of China, Qatar, the United States, and Yemen. Under the Rome Statue, the ICC can only investigate and prosecute in situations where states are unable or unwilling to do so themselves. Thus, the majority of international crimes continue to go unpunished unless and until domestic systems can properly deal with them. Therefore, permanent solutions to impunity must be found at the domestic level.

Each year, people around the world use International Justice Day to host events to promote international criminal justice, especially support for the International Criminal Court. The day has been successful enough to attract international news attention, and for groups to use the day to focus attention on particular issues such as genocide in Darfur, Falun Dafa, and serious crimes of violence against women. (With material from: Wikipedia)