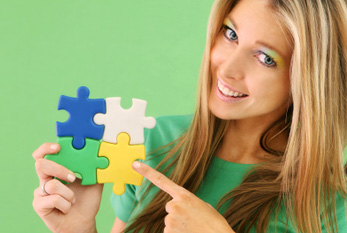 International Puzzle Day is celebrated on January 29, 2024. It was created in 1995 by game companies in the United States. On International Puzzle Day, puzzles of all size, shape and form will be honored. You can celebrate that day by solving one or more puzzles. A puzzle is a problem or enigma that tests the ingenuity of the solver. In a basic puzzle, one is intended to put together pieces in a logical way in order to come up with the desired solution.

The first jigsaw puzzle was created around 1760, when John Spilsbury, a British engraver and mapmaker, mounted a map on a sheet of wood that he then sawed around each individual country. Spilsbury used the product to aid in teaching geography. After catching on with the wider public, this remained the primary use of jigsaw puzzles until about 1820. By the early 20th century, magazines and newspapers found that they could increase their daily subscriptions by publishing puzzle contests. Puzzles may also include letters, numbers, shapes, and riddles.

Solutions to puzzles may require recognizing patterns and creating a particular order. People with a high inductive reasoning aptitude may be better at solving these puzzles than others. Puzzles based on the process of inquiry and discovery to complete may be solved faster by those with good deduction skills. (With material from: Wikipedia)

Where is the event?
Worldwide
World
When is the event?
Monday, the 29th of January 2024
Only 355 days left!
The next feasts and holidays