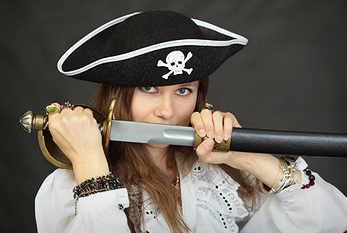 The International Talk Like a Pirate Day (ITLAPD) is a parodic holiday which is held on September 19, 2023. It was created in 1995 by John Baur (Ol' Chumbucket) and Mark Summers (Cap'n Slappy), of Albany, Oregon, U.S., who proclaimed September 19th each year as the day when everyone in the world should talk like a pirate. For example, an observer of this holiday would greet friends not with "Hello," but with "Ahoy, matey!" The holiday, and its observance, springs from a romanticized view of the Golden Age of Piracy.