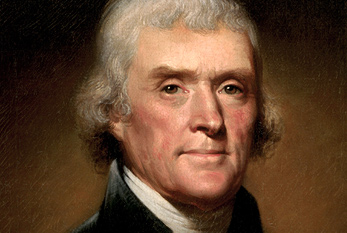 Jefferson's Birthday is observed on April 13, 2023. Jefferson's Birthday officially honors the birth of the third U.S. president, Thomas Jefferson. This day was recognized as part of Presidential Proclamation 2276 on March 21, 1938. More recently, President George W. Bush issued proclamation 8124 on April 11, 2007, stating that "... on Thomas Jefferson Day, we commemorate the birthday of a monumental figure whose place in our Nation’s history will always be cherished". (With material from: Wikipedia)