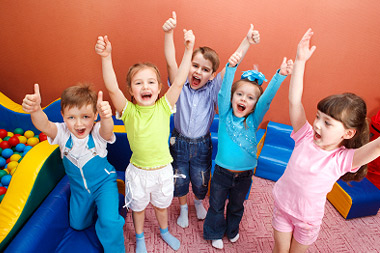 Kindergarten Day takes place on April 21, 2022. The day celebrates the preschool educational institution for children and honors the creator of the concept of the “kindergarten”. The term "kindergarten" was created by Friedrich Fröbel (born on April 21, 1782) for the play and activity institute that he created in 1837 in Bad Blankenburg as a social experience for children for their transition from home to school. His goal was that children should be taken care of and nourished in "children's gardens" like plants in a garden.

In the United States, kindergartens are usually part of the K-12 educational system. It is only one school-year. Children usually attend kindergarten around age 5 to 6. Kindergarten is considered the first year of formal education, although the child may have gone to preschool or Pre-K. (With material from: Wikipedia)