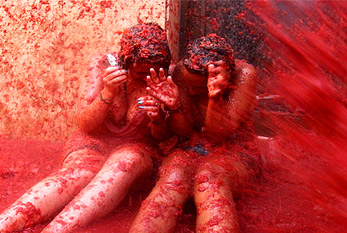 La Tomatina takes place on August 30, 2023. Tomatina is a festival that is held in the Valencian town of Buñol, a town located 30 km from the Mediterranean, in which participants throw tomatoes and get involved in this tomato fight purely for fun. It is held on the last Wednesday of August, during the week of festivities of Buñol.