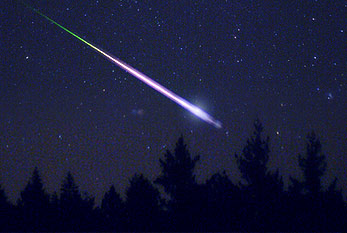 The Leonids are a meteor shower associated with the comet Tempel-Tuttle, which is visible between the 14th and 21st of November 2023. The Leonids get their name from the location of their radiant in the constellation Leo: the meteors appear to radiate from that point in the sky. The Leonids tend to peak in November.