You are here:
Home > Calendar > Recurring events > Observances > Light It Up Blue 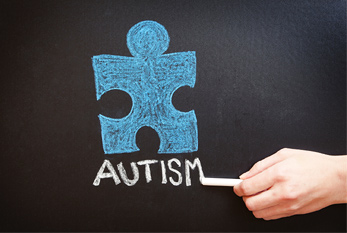 A blue puzzle piece as a symbol for Autism.
Copyright: sdominick, license: istockphoto.com

Light It Up Blue takes place on April 02, 2023, which is the same day World Autism Awareness Day (WAAD) is observed. Light It Up Blue is a campaign dedicated to raising awareness of autism and was launched in 2010 by Autism Speaks. Autism Speaks is the world's largest autism science and advocacy organization. This initiative is intended to raise international awareness of autism as a growing public health crisis in support of World Autism Awareness Day and Autism Awareness Month in the United States. To celebrate Light it Up Blue, iconic landmarks, skyscrapers, schools, businesses and homes around the word unite by shining blue lights. In this way, all people affected by autism are honored. People around the globe also wear blue on this day.