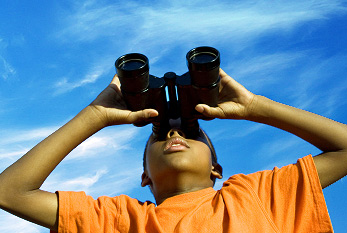 Look up at the Sky Day takes place on April 14, 2023. The day is a goof opportunity to go outside and see what’s going on above you. Maybe there is an airplane, the shining sun, funny clouds or a meteor on it's way. You can also try to look for our milky way in the night.