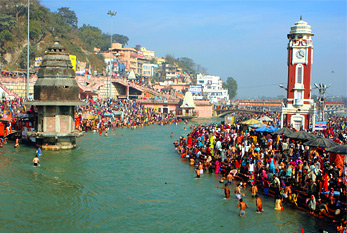 Makar Sankranti takes place on January 14, 2023. Makar Sankranti is one of the most auspicious occasions for the Hindus, and is celebrated in almost all parts of India and Nepal in a myriad of cultural forms, with great devotion, fervour, and gaiety. It is a harvest festival.

Makar Sankranti is perhaps the only Indian festival whose date always falls on the same day every year: 14 January, with some exceptions, when the festival is celebrated on 13 January or 15 January. Makar Sankranti is also believed to mark the arrival of spring in India.

Makara Sankranti is one of the most auspicious days for the Hindus and is celebrated in almost all parts of India in myriad cultural forms, with great devotion. Millions of people take a dip in places like Ganga Sagar and Prayag and pray to the Sun God (Surya). (With material from: Wikipedia)