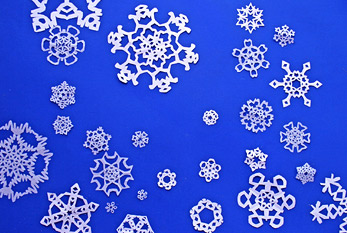 Make Cut Out Snowflakes Day is observed on December 27, 2023. The snowflake is often a traditional seasonal image or motif used around the Christmas period, especially in Europe and the United States. It represents the traditional White Christmas. During this period it is quite popular to make paper snowflakes by folding a piece of paper several times, cutting out a pattern with scissors and then unfolding it.