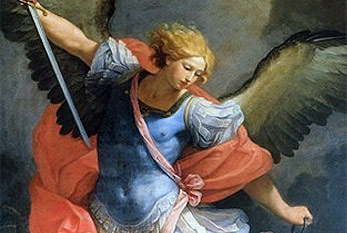 On September 29, 2022 Michaelmas, the feast day for Saint Michael, the Archangel takes place. In 493 pope Gelasius I fixed that date because it is the votive date for the Michael’s Chapel at Via Salaria in Rome, Italy. Michael is the greatest of all Archangels, but this is also the Feast Day of Gabriel, Uriel and Raphael, or short the Feast of the Archangels. On this day Christians and Protestants believe they get strength from the angels for autumn and winter. They are messengers of God, pronouncing important happenings and most of all they are guardians for the people on earth.