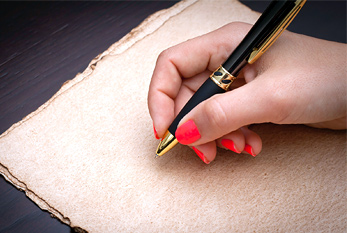 National Handwriting Day is observed on January 23, 2024. Handwriting refers to a person's unique style of writing characters created with a writing utensil such as a pen or pencil. Handwriting is separate from calligraphy or typeface.