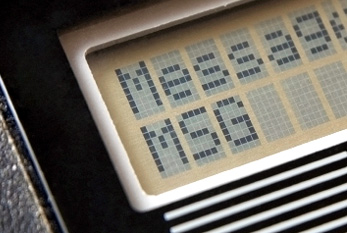 The answering machine is a device for answering telephones and recording callers' messages. On a two-cassette answerphone, there is an outgoing cassette, which after a certain number of rings plays a pre-recorded message to the caller who rang the number. Once the message is complete, the outgoing cassette stops and the incoming cassette starts recording the caller's message, and then stops when the caller hangs up. (With material from: Wikipedia)