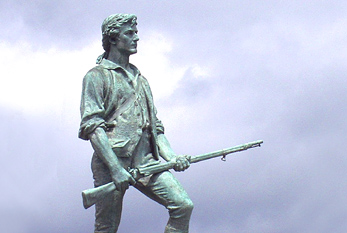 Since 1969, the holiday has been observed on the third Monday in April, providing a three-day long weekend, as well as being the first day of public school vacation week in Maine and Massachusetts. Previously, it had been designated as April 19, the actual anniversary of the battles.

Patriots' Day is also a school holiday for many local colleges and universities, both public and private. In Maine and Massachusetts, when Patriots' Day falls on a day where income tax returns would otherwise be due for the remainder of the country, residents of those states are given until midnight of the next day (Tuesday) to submit their state tax returns. (With material from: Wikipedia)