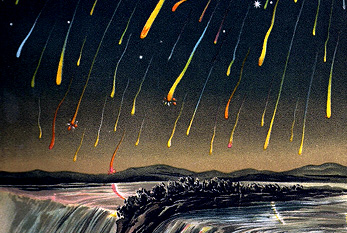 The maximum of the Leonid activity in 2023 is expected during the night of the 17th November 2023. The Leonids are a prolific meteor shower. It tends to peak around November 17, but some are spread through several days on either side and the specific peak changing every year.