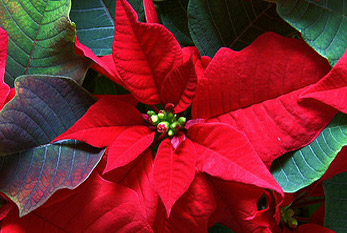 Poinsettia Day takes place on December 12, 2022. The poinsettia is a culturally and commercially important plant species of the diverse spurge family that is indigenous to Mexico and Central America. It is particularly well known for its red and green foliage and is widely used in Christmas floral displays.