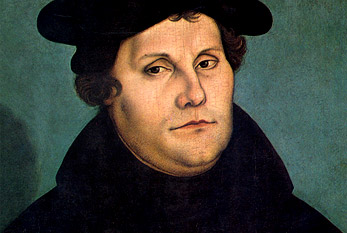 With Reformation Day on October 31, 2023 Protestants and Lutherans commemorate the placarding of Martin Luther’s 95 propositions in 1517. Reformation Day is on the same date as Halloween but has nothing to do with it. In the USA it is common to celebrate this commemoration day of the Reformation on the following Sunday: Reformation Sunday. In Germany this is an official holiday in the evangelic parts of the country. People believe that Martin Luther placarded his thesis about church on the All Saints Church in Wittenberg in Eastern Germany. Since 1938 this city is called Lutherstadt Wittenberg, which means City of Luther.