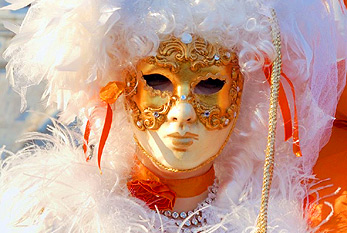 Rose Monday - also known as Rosenmontag - takes place on February 20, 2023. It is the highlight of the German "Karneval" (carnival), and is on the Shrove Monday before Ash Wednesday, the beginning of Lent. The "Mardi Gras," though celebrated on Tuesday, is a similar event. Rosenmontag is celebrated in German-speaking countries, including Germany, East Belgium, Austria, and Switzerland, but most heavily in the "Hochburgen" (carnival strongholds), which include the Rhineland, especially in Cologne, Bonn, Düsseldorf, Aachen and Mainz.

Celebrations usually include dressing up in fancy costumes, dancing, parades, heavy drinking and general public displays with floats. Every town in the Karneval areas boasts at least one parade with floats making fun of the themes of the day. Usually sweets ("Kamelle") are thrown into the crowds lining the streets among cries of "Helau" or "Alaaf", whereby the cry "Kölle Alaaf" is only applied in the Cologne area, meaning "Cologne over all". The celebrations become quieter the next day, known as Veilchendienstag ("Violet Tuesday", Shrove Tuesday), and end with "Aschermittwoch" (Ash Wednesday).

Carnival is not a national holiday in Germany, but schools are closed on Rosenmontag and the following Tuesday in the strongholds and many other areas. Many schools as well as companies tend to give teachers, pupils and employees the Thursday before Rosenmontag off as well and have celebrations in school or in the working place on Weiberfastnacht, although every now and then there are efforts to cut these free holidays in some companies. (With material from Wikipedia)