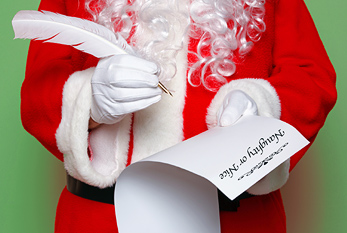 Santas' List Day is observed on December 04, 2022. It's the day that Santa makes his Naughty and Nice lists. Santa Claus has been believed to make a list of children throughout the world, categorizing them according to their behavior ("naughty" or "nice") and to deliver presents, including toys, and candy to all of the well-behaved children in the world, and sometimes coal to the naughty children, on the single night of Christmas Eve. He accomplishes this feat with the aid of the elves who make the toys in the workshop and the reindeer who pull his sleigh.