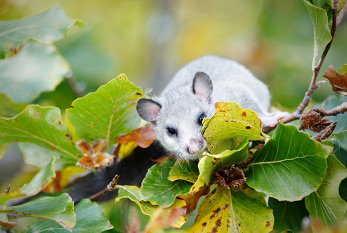 On June 27, 2023 is Seven Sleepers Day in Germany, where they call it Siebenschläfertag. A Siebenschläfer in German is the edible dormouse, also known as glis glis. That causes some real confusion about the Seven Sleepers Day among German native speakers, because that day has two meanings, but none of them has anything to do with the cute rodent. Although most Germans would not know, the serious background of their Siebenschläfertag is the holy Seven Sleepers Legend of the year 251. According to that legend the seven brothers Constantinus, Dionysius, Johannes, Malchus, Martinianus, Maximinianus and Serapio hid themselves in the cave of Ephesus while they were running from Emperor Decius.

The seven were walled in there alive and fell asleep after that, guarded by god. They were not found until 446. After 195 years they woke up from their sleep becoming a proof of resurrection. Since that time the Seven Sleepers are regarded as saints and also as patron saints for sleeplessness. They can also be invocated by skippers and those who suffer fever. Remembering that the Siebenschläfer is an animal that sleeps during the cold seasons and then awakes in June the German association of that day with the rodent kind of makes sense after all and not only because of the similar name.

The other meaning of Seven Sleepers Day is far more known in German speaking Europe. It is a famous farmer’s weather lore and still people rely on it. It is said that the weather conditions on Seven Sleepers Day will last for the following seven weeks. Not by chance this believe does still exist in modern Germany: statistics say that Seven Sleepers Day weather foreshadowing will come true with a probability of 62 to 70 per cent. That is caused by the rather firm weather situation in Europe from end of June to the beginning of July. After the Gregorian calendar reform the actual Seven Sleepers Day would have to be July 7 and therefore the period of time from June 27 to July 8 is the actual standard for the weather prediction.