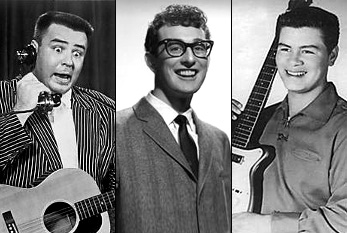 The February 03, 2023 commemorates "The Day the Music Died". The Day the Music Died, dubbed so by Don McLean's song "American Pie", was an aviation accident that occurred on February 3, 1959, near Clear Lake, Iowa, killing rock and roll musicians Buddy Holly, Ritchie Valens, J. P. "The Big Bopper" Richardson, and the pilot Roger Peterson.