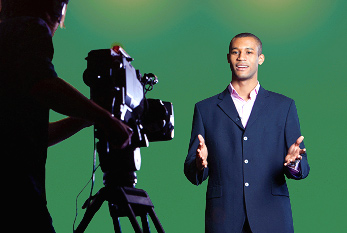 Tv Talk Show Host Day takes place on October 23, 2023. It is celebrated on the birth date of the talk show host Johnny Carson. He was an American television host, known for thirty years as host of "The Tonight Show Starring Johnny Carson". A talk show host is a person who introduces or hosts talk shows.

A talk show is a television programming or radio programming genre in which one person or a group of people discusses various topics put forth by a talk show host. Usually, guests consist of a group of people who are learned or who have great experience in relation to whatever issue is being discussed on the show for that episode. Other times, a single guest discusses their work or area of expertise with a host or co-hosts. (With material from: Wikipedia)