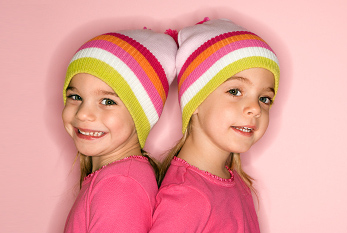 Twins Days Festival takes place from August 04 till August 06, 2023. It is celebrated each year on the first full weekend of August in Twinsburg, Ohio. Twins Days Festival is the largest annual gathering of biological twins and other multiples (e.g. triplets, quads) in the world. It was founded in 1976 by Revco's Charles R. DeHaven.