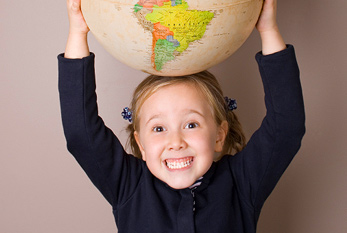 Children's Day commemorates the Declaration of the Rights of the Child in 1959.
Urheber: yasinguneysu, Lizenz: iStockphoto

The Universal Children's Day takes place on November 20, 2023. First proclaimed by the United Nations General Assembly in 1954, it was established to encourage all countries to institute a day, firstly to promote mutual exchange and understanding among children and secondly to initiate action to benefit and promote the welfare of the world's children. It was also chosen as the day to celebrate childhood and is celebrated annually.

November 20 is also the anniversary of the day when the United Nations General Assembly adopted the Declaration of the Rights of the Child in 1959. The Convention on the Rights of the Child was then signed on the same day in 1989, which has since been ratified by 191 states. Universal Children's Day is preceded by International Men's Day on November 19 creating a 48 hour celebration of men and children respectively during which time the positive roles men play in children's lives are recognized.

The legal definition of "child" generally refers to a minor, otherwise known as a person younger than the age of majority. "Child" may also describe a relationship with a parent, such as sons and daughters of any age. (With material from: Wikipedia)