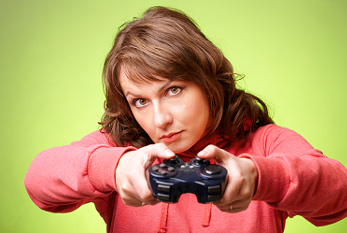 Video Games Day takes place on July 08, 2023. It celebrates popular video games which entered the market decades ago, and changed the way your kids play games today. A video game is an electronic game that involves human interaction with a user interface to generate visual feedback on a video device. The word video in video game traditionally referred to a cathode ray tube display device, but it now implies any type of display device that can produce two or three dimensional images.