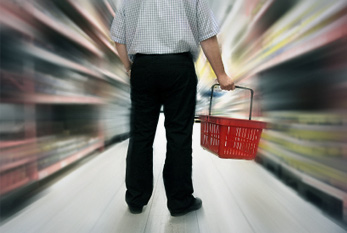 A consumer buying something in the supermarket..
Copyright: Mikael Damkier, license: iStockphoto

World Consumer Rights Day (WCRD) is an awareness day, which is observed on March 15, 2023. The WCRD was first celebrated in 1983 and became an important annual occasion for mobilizing citizen action and solidarity within the international consumer movement. The day is an opportunity for promoting the basic rights of all consumers, demanding that those rights are respected and protected and protesting about the market abuses and social injustices which undermine them.

The day takes place on 15 March to mark the definition of consumer rights, outlined by US President John F. Kennedy. He was the first world leader to set out a vision of consumer rights and he also recognized the importance of consumers as a group. Kennedy gave the American consumer four basic rights: the right to safety, to choose, to information and to be heard. The aim of WRCD is to celebrate solidarity within the international consumer rights movement.

The day is organized by Consumers International (CI), which is the world federation of consumer groups that serves as the only independent and authoritative global voice for consumers and was founded in 1960. Currently it has over 220 member organizations in 115 countries around the world.

Each year, the CI Council selects a theme for the following World Consumer Rights Day activities, for example: “Our money, our rights” in 2010, “Consumers and water” in 2004 or “Unethical Drug Promotion” in 2007. Around the world the day will be marked with local initiatives, including campaigns, press conferences, workshops and street events. (With material from: Wikipedia)