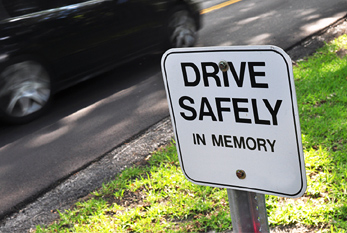 A traffic collision, also known as a traffic accident, car crash or road traffic collision, occurs when a vehicle collides with another vehicle, pedestrian, animal, road debris, or other stationary obstruction, such as a tree or utility pole. Traffic collisions may result in injury, death, vehicle damage, and property damage.

It is estimated that motor vehicle collisions caused the death of around 60 million people during the 20th century around the same number of World War II casualties. Motor vehicle collisions are the leading cause of death among children 10 – 19 years of age (260,000 children die a year, 10 million are injured) and the sixth leading preventable cause of death in the United States- (With material from: Wikipedia)