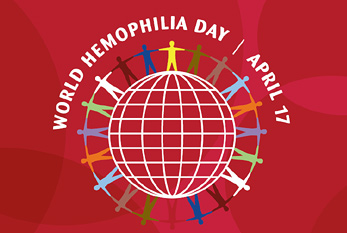 World Hemophilia Day is an international observance held on April 17, 2023 by the World Federation of Hemophilia (WFH). It is an awareness day for hemophilia and other bleeding disorders, which also serves to raise funds and attract volunteers for the WFH. It was started in 1989 and is held annually; April 17 was chosen in honor of Frank Schnabel's birthday. Frank Schnabel established the WFH in 1963.