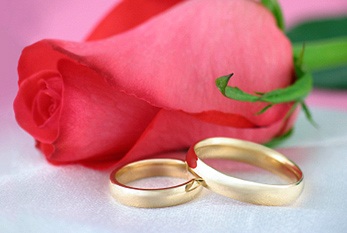 People marry for many reasons, including: legal, social, libidinal, emotional, financial, spiritual, and religious. Marriages can be performed in a secular civil ceremony or in a religious setting. The act of marriage usually creates normative or legal obligations between the individuals involved. Marriage is often viewed as a contract. (With material from: Wikipedia)