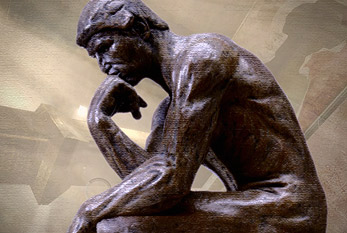 Philosophy is distinguished from other ways of addressing such problems by its critical, generally systematic approach and its reliance on rational argument. In more casual speech, by extension, "philosophy" can refer to "the most basic beliefs, concepts, and attitudes of an individual or group".

The word "philosophy" comes from the Ancient Greek "philosophia", which literally means "love of wisdom". The introduction of the terms "philosopher" and "philosophy" has been ascribed to the Greek thinker Pythagoras. Philosophy is divided into many sub-fields. These include epistemology, logic, metaphysics, ethics, and aesthetics. (With material from: Wikipedia)