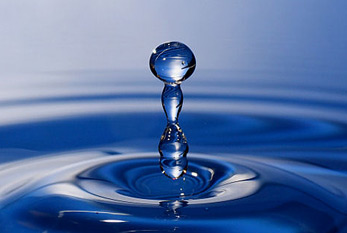 The World Water Day 2023 ist on March 22. The day was first observed in 1993 when the United Nations General Assembly declared March 22 as World Day for Water. This day was first formally proposed in Agenda 21 of the 1992 United Nations Conference on Environment and Development (UNCED) in Rio de Janeiro, Brazil. Observance began in 1993 and has grown significantly ever since.

The UN and its member nations devote this day to implementing UN recommendations and promoting concrete activities within their countries regarding the world's water resources. Each year, one of various UN agencies involved in water issues takes the lead in promoting and coordinating international activities for World Water Day. Since its inception in 2003, UN-Water has been responsible for selecting the theme, messages and lead UN agency for the World Day for Water.

In addition to the UN member states, a number of NGOs promoting clean water and sustainable aquatic habitats have used World Day for Water as a time to focus public attention on the critical water issues of our era. Participating agencies and NGOs have highlighted issues such as a billion people being without access to safe water for drinking and the role of gender in family access to safe water. (From: Wikipedia)