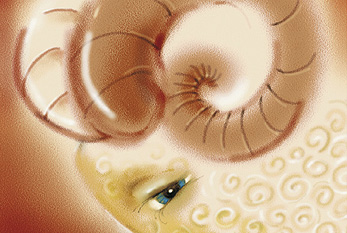 The Sun enters the Zodiac sign Aries at March 21, 2023 and leaves it on April 20, 2023. Individuals born during these dates, while the Sun is within this sign, are called Arians or Ariens. Aries is the first astrological sign in the Zodiac, which spans the zodiac between the zero degree and the 29th degree of celestial longitude.

As the first sign of the tropical zodiac, Aries is seasonally associated with spring and according to astrologers represents a strong sometimes creative thrust and powerful expression of energy. The sign is governed by Mars, the planet of activity and assertiveness, which astrologers believe adds the traits of competitiveness, impulsiveness, and the instinct to act spontaneously. The Sun is also strongly associated with this sign, which it governs by exaltation. The solar-association is seen as adding expression of the ego, and the desire to make a mark as an individual. Keywords for Aries are: Competitiveness, aggressiveness, impulsiveness, rashness, impatience, courage, spontaneous, assertiveness, self-reliance.

Generally, the qualities of Aries are considered to be compatible with those of the other fire signs: Sagittarius and Leo, and to a lesser extent with the air signs: Gemini, Libra and Aquarius. However, compatibility based on sun-sign alone is considered to be only a very general guideline. The branch in astrology dealing with interpersonal relationships is called Synastry. In this, astrologers analyse the horoscopes of both parties being considered with particular reference to the positions of the Sun and Moon, and Venus and Mars. (With material from: Wikipedia)

Other features of the Aries horoscope: