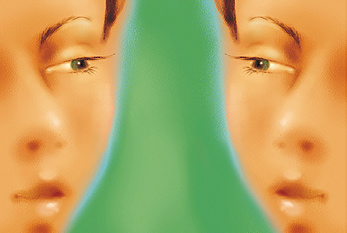 The Sun enters the Zodiac sign Gemini at May 21, 2023 and leaves it on June 21, 2023. Individuals born during these dates, whilst the Sun is within this sign, are called Geminians. Gemini is the third astrological sign in the Zodiac, which spans the Zodiac between the 60th and 89th degree of celestial longitude. Because the Sun's transit through the sign of Gemini concludes at the moment of the summer solstice, the sign is seasonally associated with the transition from spring to summer. Because its period indicates a change of season, it is known as a 'mutable sign', describing an impulse towards change and versatility, and an easy ability to adapt to the demands of the environment.

The sign is governed by Mercury, a planet noted for swift movement and symbolically associated with the interchange of ideas and fluid responses to circumstances. Gemini is also linked with the 'element of air' which represents the mental and social realms, the ability to formulate abstract ideas and to effectively interpret symbols, imagined concepts and communicative signals. As the mutable air sign, governed by a planet which is astrologically given to the principle of transmutation and communication, the symbolic focus of the sign falls upon movement, quick-thinking, free-flowing expression, gesticulation, and spontaneous reaction. The sign is symbolised by 'the twins', which also presents duality: the ability to relate to opposing visions simultaneously, to possess dexterity and a talent for multi-tasking.

Correspondingly, Geminians are said to be curious and to enjoy mental exploration, to be almost always at ease in social situations, it is considered by some astrologers as the most flirtatious in the zodiac and to have a talent for writing and reporting, and to enjoy all forms of 'talk', from gossip to political debate. On the negative, they are reputed to have "butterfly minds" which become easily bored, and to shift their allegiances in a way that lacks commitment or loyalty. They are also said to experience discomfort with the expression of deep emotion. For this reason, though praised for being quick and clever, Geminians are also criticised for being elusive, fickle and ill-at-ease with emotional commitment.

Generally, the qualities of Gemini are considered to be compatible with those of the other air signs: Libra and Gemini and Aquarius, and to a lesser extent with the fire signs: Aries, Leo and Sagittarius. However, compatibility based on sun-sign alone is considered to be only a very general guideline. The branch of astrology dealing with interpersonal relationships is called Synastry. In this, astrologers analyse the horoscopes of both parties being considered with particular reference to the positions of the Sun and Moon, and Venus and Mars. (With material from: Wikipedia)

Other features of the Gemini horoscope: